Studierendenwerk Mainz offers support to around 39,000 students in Mainz and Bingen. This includes various advisory services as well as the operation of refectories and cafeterias. In 10 residential complexes, there are also around 4,000 places available to local students and students who complete their semester abroad at the University of Mainz.

“TRIAX understands what is important. The expandability combined with the low maintenance costs speak for TRIAX headends.” 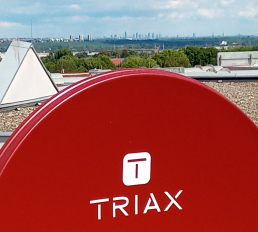 Studierendenwerk Mainz had previously been supplied with TV services via cable and satellite. In order to keep costs under control, the Studierendenwerk decided to modernise the existing satellite systems in order to save on cable fees. In addition, satellite reception via Astra 28° was made possible. As a result, a greater variety of programmes can now be offered in English.

In each hall of residence, a satellite system was installed to receive the positions Astra 19.2°E, Hotbird 13°E and Astra 28.2°E. The satellite signals are converted into DVB-C with a TDH 800 headend and fed into the existing cable networks.
Thanks to TDH 800’s pool technology and multiplexing, it is possible to combine TV channels from various satellites efficiently and cost-effectively in a few DVB-C channels, especially for more extensive installations. In addition, the distribution networks were reviewed, partially renewed and re-measured. 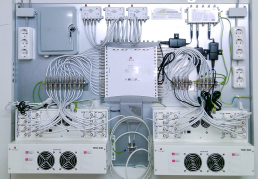 With all installations complete, a wide range of German and international TV programmes can now be offered in all halls of residence. Analogue or pixelated television images are a thing of the past. The virtually maintenance-free TDH 800 headends, with their low power consumption, keep the operating costs for the Mainz student plant within limits. In addition, the monthly costs for cable TV could be saved. 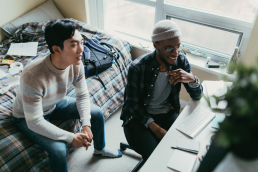